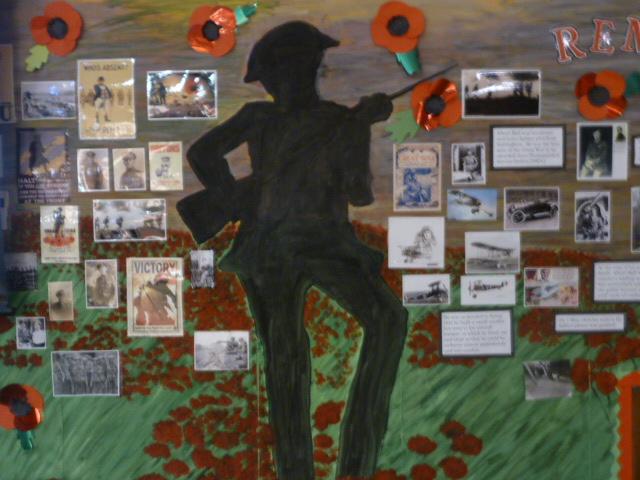 The school, parents, carers and friends joined together on Friday 28th November to commemorate the centenary of the outbreak of the First World War.

The children sang songs from the period, performed poems, presented the life stories of Edith Cavell and Albert Ball and gave facts and figures. The audience joined in with the popular songs!

The children were dressed as soldiers, nurses, patriotically in red, white and blue, or in the style of the period. Many wore poppies and a collection was made for the Royal British Legion.

Dave Nunn, Chairman of the Kimberley Town Council joined us for the event and presented the children with a commemorative bookmark.